WHAT ARE THE DIFFERENT TYPES OF ANNUITIES? 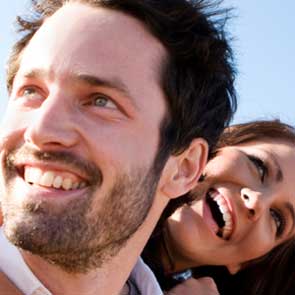 In a fixed annuity, the insurance company guarantees the principal and a minimum rate of interest. In other words, as long as the insurance company is financially sound, the money you have in a fixed annuity will grow and will not drop in value. The growth of the annuity’s value and/or the benefits paid may be fixed at a dollar amount or by an interest rate, or they may grow by a specified formula. The growth of the annuity’s value and/or the benefits paid does not depend directly or entirely on the performance of the investments the insurance company makes to support the annuity. Some fixed annuities credit a higher interest rate than the minimum, via a policy dividend that may be declared by the company’s board of directors, if the company’s actual investment, expense and mortality experience is more favorable than was expected. Fixed annuities are regulated by state insurance departments.

Types of Fixed Annuities
An equity-indexed annuity is a type of fixed annuity, but looks like a hybrid. It credits a minimum rate of interest, just as a fixed annuity does, but its value is also based on the performance of a specified stock index—usually computed as a fraction of that index’s total return.

Other Types of Annuities
All of the following types of annuities are available in fixed or variable forms.

DEFERRED VS. IMMEDIATE ANNUITIES
A deferred annuity receives premiums and investment changes for payout at a later time. The payout might be a very long time; deferred annuities for retirement can remain in the deferred stage for decades.

FIXED PERIOD VS. LIFETIME ANNUITIES
A fixed period annuity pays an income for a specified period of time, such as ten years. The amount that is paid doesn’t depend on the age (or continued life) of the person who buys the annuity; the payments depend instead on the amount paid into the annuity, the length of the payout period, and (if it’s a fixed annuity) an interest rate that the insurance company believes it can support for the length of the pay-out period.

A lifetime annuity provides income for the remaining life of a person (called the “annuitant”). A variation of lifetime annuities continues income until the second one of two annuitants dies. No other type of financial product can promise to do this. The amount that is paid depends on the age of the annuitant (or ages, if it’s a two-life annuity), the amount paid into the annuity, and (if it’s a fixed annuity) an interest rate that the insurance company believes it can support for the length of the expected pay-out period.

With a “pure” lifetime annuity, the payments stop when the annuitant dies, even if that’s a very short time after they began. Many annuity buyers are uncomfortable at this possibility, so they add a guaranteed period—essentially a fixed period annuity—to their lifetime annuity. With this combination, if you die before the fixed period ends, the income continues to your beneficiaries until the end of that period.

QUALIFIED VS. NONQUALIFIED ANNUITIES
A qualified annuity is one used to invest and disburse money in a tax-favored retirement plan, such as an IRA or Keogh plan or plans governed by Internal Revenue Code sections, 401(k), 403(b), or 457. Under the terms of the plan, money paid into the annuity (called “premiums” or “contributions”) is not included in taxable income for the year in which it is paid in. All other tax provisions that apply to nonqualified annuities also apply to qualified annuities.

A nonqualified annuity is one purchased separately from, or “outside of,” a tax-favored retirement plan. Investment earnings of all annuities, qualified and non-qualified, are tax-deferred until they are withdrawn; at that point they are treated as taxable income (regardless of whether they came from selling capital at a gain or from dividends).

Disclaimer
Data and information is provided for informational purposes only, and is not intended for any other commercial or non-commercial purposes. Neither David M. Kulawiak, Inc. nor any of its data or content providers shall be liable for any errors or delays in the content, or for any actions taken in reliance thereon. By accessing our web site, a user agrees not to redistribute the information found therein. We provide customized links to select companies for your convenience only. We do not endorse or recommend the services of any company. The company you select is solely responsible for its services to you, the user. We shall not be liable for any damages or costs of any type arising out of or in any way connected with your use of our services.

WE ARE BBB ACCREDITED 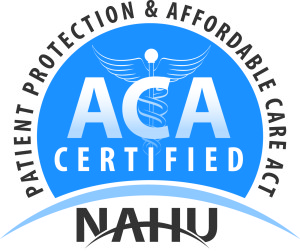