Many Republicans believe that, even though the new plan is more oriented to the free market, it doesn’t go far enough to fix the ACA’s problems. While Democrats are concerned that millions of Americans will lose access to healthcare coverage.

The ACA was implemented in 2010 to increase access to healthcare coverage for all Americans. Key provisions included:

To meet those goals, the federal government mandated that:

END_OF_DOCUMENT_TOKEN_TO_BE_REPLACED 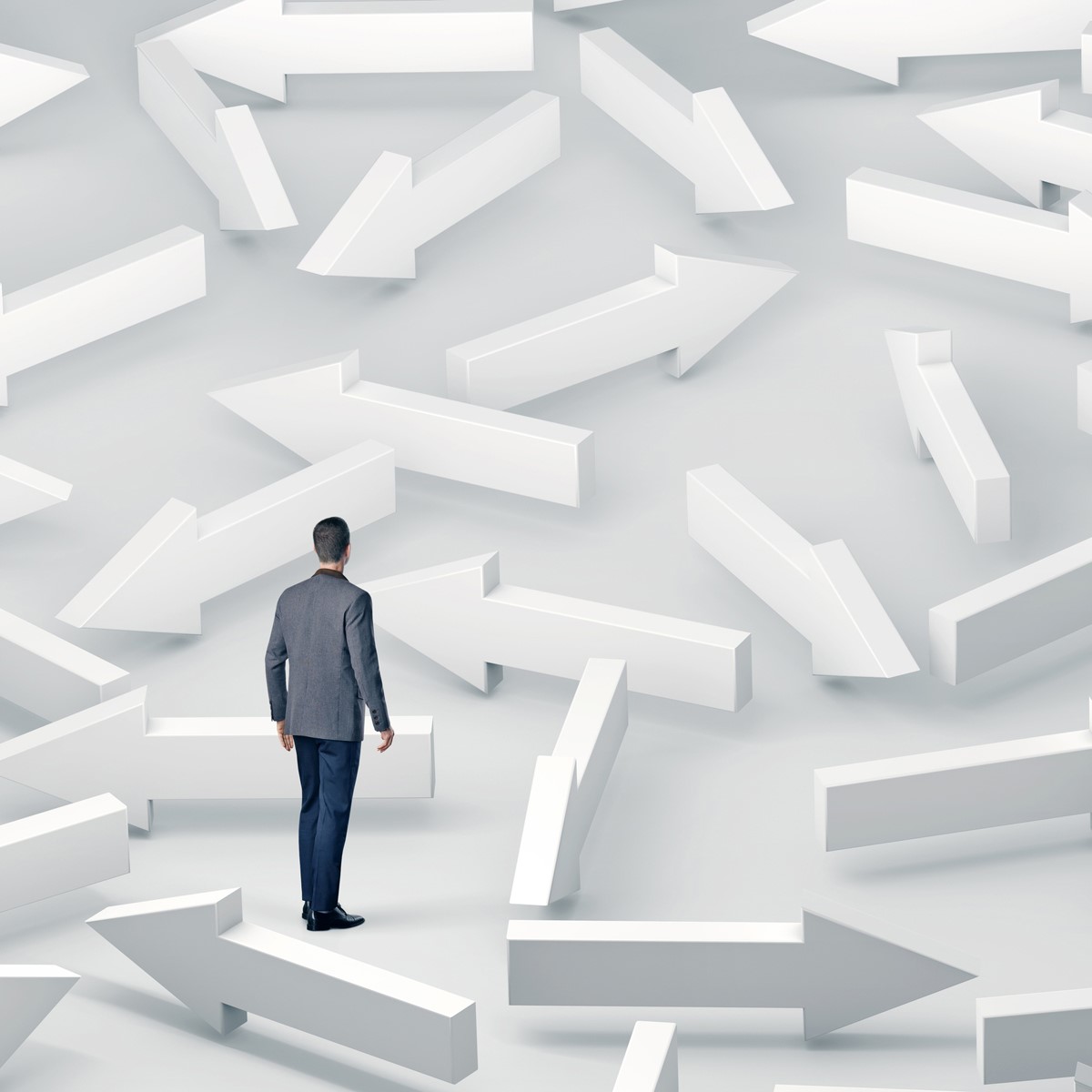 The Affordable Care Act requires all U.S. citizens (with certain narrow exceptions) to have health insurance or pay a fine. If you don’t have coverage through an employer-sponsored plan or a government program such as Medicare or Medicaid, you can buy coverage for 2017 during the annual open enrollment period from now through Jan. 31, 2017.

You have choices and it might be tempting to just choose the least expensive plan. There are, however, other considerations you should take into account.

Individuals can purchase health insurance from the Marketplace Exchange created by the Affordable Care Act, a private exchange or a private health insurer.

Where to Buy Coverage?

The types of plans available to you and the price you pay may depend on where you purchase your coverage. If you might qualify for a subsidy, you’ll want to shop on the Marketplace Exchange. You can only receive a subsidy by shopping the Exchange, however, you may be able to find insurance that’s less expensive even without the subsidy.

To shop on the Exchange, go to Healthcare.gov and enter your ZIP code. You’ll be sent to your state’s exchange if it has one. If not, you’ll use the federal website. You can also contact our office—as licensed insurance professionals, we can help understand the various types of plans and costs involved, and help you secure coverage. Insurers pay us for our services, which cost you nothing extra.

When you buy coverage through the Exchange, you will pay a monthly premium to your insurance company. You also pay out-of-pocket costs, including meeting the deductible required by the plan you chose.

Plans on the exchange are divided into four “metal categories” — Bronze, Silver, Gold and Platinum. Plan categories have nothing to do with quality of care; they simply indicate the coverage levels. You’ll pay the lowest premiums for a Bronze plan, but when you have a claim, the Bronze plan will require you to pay more out-of-pocket for covered health services.

You’ll get the most information about a plan from the summary of benefits. One of your first steps should be to look at your family’s past medical history to determine the level of care you’ll need in the future. Do some family members suffer regularly from severe allergies? Does someone in your family have diabetes or do you know of an upcoming surgery? Any indication that you’re going to need regular access to a doctor is a good sign that you should consider plans that cost more now but will cover more of your medical costs later.

Every plan also has its own level of out-of-pocket costs, which are the costs you will pay after the insurance company pays its portion. Each plan also will have its own deductible — the amount you have to spend on out-of-pocket medical expenses before your insurance pays.

There are four types of insurance plans. Whether you buy coverage on or off the Exchange, you’ll encounter these same basic types of plans. The one you choose will help determine your out-of-pocket costs and the doctors you can see.

The Importance of Networks

If you have established relations with certain doctors or healthcare providers, you’ll want to check the plan’s list of approved healthcare providers. Is your doctor included? Plans that feature a network usually offer lower costs because the insurance company has signed an agreement with certain providers to provide lower rates. Your insurance provider will provide a list of doctors who have been approved for the plan.

Something else to consider: Do you like going to see your doctor for a referral before scheduling a procedure or visiting a specialist? This is something an HMO or POS will require. Some people don’t mind and like the idea that their doctor’s staff will coordinate the visit and send their medical records to the specialist.

We can help you evaluate your options—please contact us for more information.

Do you qualify for a subsidy? Health insurance subsidies—which are actually premium tax credits—help eligible individuals and families with low or moderate income afford health insurance purchased through a Health Insurance Marketplace. To get this credit, you must have an income no more than the federal poverty level and file a tax return.

The poverty level varies with your location and family size. Healthcare.gov offers an easy-to-use tool that lets you see whether you are eligible.

Republicans in the U.S. House of Representatives formed the House Republican Task Force on Health Care Reform. Their 37-page proposal, which they released in June, is not a law, but a template for a future law. END_OF_DOCUMENT_TOKEN_TO_BE_REPLACED

…and what you can do about it.

Prescription drug costs rose by 12.6 percent in 2014 and by 10 percent in 2015 — well beyond the U.S. inflation rate. And in some extreme cases, specialty drug costs increased more than 5,000 percent. What can employers do to control these soaring costs?

END_OF_DOCUMENT_TOKEN_TO_BE_REPLACED

Delays, shifting deadlines, and even the elimination of certain provisions of the Affordable Care Act (ACA) are providing employers and group health plans additional time to comply with certain key requirements that have not yet taken effect. For 2016, the following eliminations, delays, and extensions apply.

Please Note: This information is for general reference purposes only and is not all-inclusive. Requirements and compliance deadlines are subject to change. Additionally, your company or group health plan may be exempt from certain requirements described below. Employers with questions are advised to contact a knowledgeable employment law attorney or benefits advisor to obtain specific guidance.

Provisions of the ACA which generally would have required an employer with more than 200 full-time employees to automatically enroll new full-time employees in one of the employer’s health plans, and to continue the enrollment of current employees, were repealed on November 2, 2015.

Implementation of the so-called “Cadillac tax,” an excise tax on high-cost employer-sponsored health coverage, has been delayed until taxable years beginning after December 31, 2019.

Non-grandfathered fully-insured group health plans are not required to comply with certain rules prohibiting discrimination in favor of highly compensated individuals that are currently applicable to self-insured plans, until after regulations or other administrative guidance is issued. However, health benefits offered as part of a cafeteria plan (a plan which meets specific requirements to allow employees to receive certain benefits on a pre-tax basis) generally remain subject to the nondiscrimination requirements of Internal Revenue Code section 125.

The IRS has granted employers filing fewer than 250 Forms W-2 for the preceding calendar year transition relief from reporting the cost of coverage under an employer-sponsored group health plan on each employee’s Form W-2 until the agency publishes additional guidance.

The IRS extended the ACA information reporting due dates for calendar year 2015 returns and statements (that are filed and furnished in 2016) as follows:

These extensions have no effect on the deadlines for future years. As a reminder, the deadlines apply to all applicable large employers (ALEs)—generally those with 50 or more full-time employees, including full-time equivalents—as well as to small self-insured employers that are not considered ALEs.

As a result of the information reporting deadline extensions, the deadlines for employers to correct errors and receive reduced penalties for incorrect or incomplete information reported on 2015 returns or statements have also been extended, as follows:

Note: In general, the IRS will not impose penalties for 2015 returns and statements filed and furnished in 2016 on reporting entities that can show that they have made good faith efforts to comply.

A previously extended transitional policy which allows health insurance issuers, at their option, to continue small business group coverage that would otherwise be terminated or cancelled has been extended further—to policy years beginning on or before October 1, 2017, provided that all policies end by December 31, 2017. Health insurance issuers that renew coverage under the extended policy are required to provide standard notices to affected small businesses for each policy year.

Policies subject to the transitional relief will not be considered to be out of compliance with some of the ACA’s key provisions, including:

Under previously granted transition relief, compliance with the “pay or play” requirements was delayed until 2015 for applicable large employers (ALEs) with 50 to 99 full-time employees (including full-time equivalents) that certified that they met certain eligibility criteria. For ALEs with non-calendar year health plans, this transition relief (as well as the transition relief regarding offers of coverage to dependents) extends to any calendar month during the 2015 plan year that falls in 2016.

Note: The information and materials herein are provided for general information purposes only and have been taken from sources believed to be reliable, but there is no guarantee as to its accuracy.

As of mid-July, the IRS had processed approximately 135 million of the approximately 150 million individual tax returns it expects for tax year 2014. In 2014, the Affordable Care Act’s “individual responsibility” provisions went into effect, requiring most Americans to have health insurance or pay a penalty. END_OF_DOCUMENT_TOKEN_TO_BE_REPLACED

The Affordable Care Act will impose a 40 percent non-deductible excise tax on so-called Cadillac health plans starting in 2018. You might be surprised to learn the Cadillac tax could affect your organization’s plan.
Section 9001 of the Patient Protection and Affordable Care Act (ACA) imposes a non-deductible excise tax on high-cost plans, END_OF_DOCUMENT_TOKEN_TO_BE_REPLACED