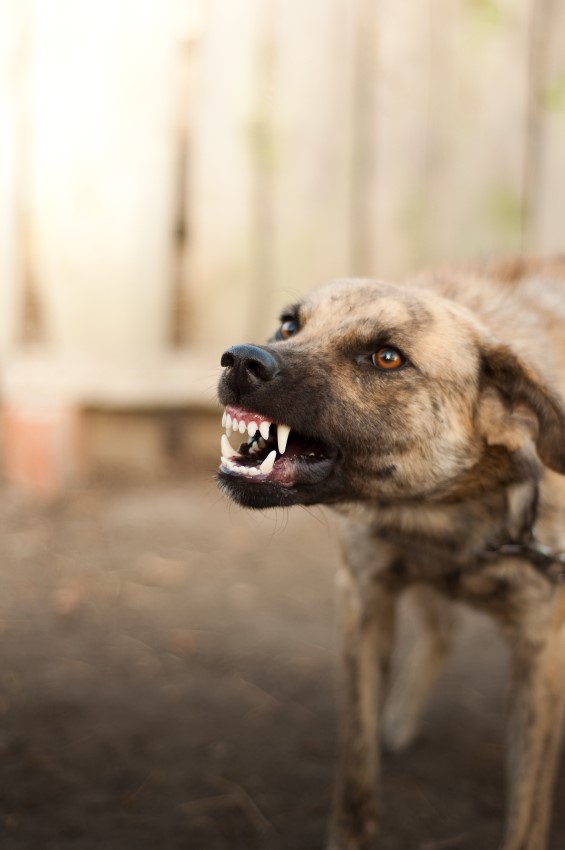 The Insurance Information Institute (III) reported that dog bite claims cost an average of $24,461 in 2008 (the most recent figures available). If you own one or more dogs, do you have the insurance coverage to protect you from dog bite liability?

He may be man’s best friend, but dog bites account for one-third of all homeowners insurance liability claims. According to the III, dog bite claims cost homeowners $387.20 million in 2008, up 8.70 percent from 2007.

The Centers for Disease Control and Prevention estimates that dogs bite more than 4.5 million Americans every year. Of these people, about one in five require medical attention. Sometimes they require only an antibiotic and bandage. But in 2006 alone, more than 31,000 people underwent reconstructive surgery as a result of being bitten by dogs.

Younger people, being more vulnerable and closer to the dog’s level, usually sustain more serious injuries than older bite victims. At their worst, dog bites and maulings can kill their victims; dogs kill an average of 17 people each year in the U.S.

A dog owner’s liability for bites and attacks varies depending on the laws of the locality in which the attack occurs. Most states hold a dog owner liable for any injury or property damage your dog causes, regardless of whether you were obeying any relevant laws. The only exceptions occur when:

Other jurisdictions have so-called “one-bite rules,” where the victim must prove the owner knew the dog was dangerous. If the dog owner knew the dog was likely to cause an injury (for example, if it had bitten in the past), the owner is liable. Some jurisdictions have negligence laws, which hold the dog owner liable if his or her negligence in controlling the dog caused the injury. (Source:  Insurance Information Institute)

If you are liable for a dog bite or attack, your financial responsibility can include reimbursement of the victim’s medical treatment costs, future medical costs, counseling costs, lost income and torn/ruined clothing. Dog bites and attacks can also lead to civil suits for negligence and, in some cases, criminal charges.

If your dog injures a person who is not a member of your household, the personal liability portion of your homeowners policy will generally pay for any necessary medical treatments, along with property damage (such as replacing torn clothing), and legal costs if you are sued. However, the liability protection only applies to unintentional or accidental injuries; if you intentionally use your dog to inflict harm, the coverage would not apply.

If your dog bites someone while it’s in your car, as when a child reaches in to pet your dog, then the liability portion of your automobile policy would probably pay.

Some homeowners insurers have begun taking a closer look at certain breeds of dogs, most commonly larger or guard breeds, such as pit bulls, Rottweilers, German Shepherds, Chows and Akitas. Some insurers exclude coverage for certain breeds outright; however, some states prohibit exclusions based exclusively on a dog’s breed.

Any insurer will investigate a dog that has a history of biting more closely.  Just because your dog has bitten someone in the past doesn’t mean an automatic exclusion. If there were extenuating circumstances (such as someone separating a female dog from her new puppies or someone repeatedly tormenting a dog) and you have taken preventive measures (such as spaying or neutering the dog, or installing a fence), you might still be able to obtain coverage.

Obtaining coverage for a dog with a history of unprovoked attacks will prove more difficult. Most insurers will deny your application for coverage or cancel or refuse to renew an existing policy. If an insurer does issue a homeowners or renters policy, it will probably attach an exclusion for the dog. If this happens, we recommend buying a separate liability policy; an umbrella liability policy might also provide coverage.

Please call us for more information on insuring yourself for dog-related liability.

Sometimes legal disputes arise over what exactly constitutes a “dog bite.” If the laws of the community where the bite occurred do not specifically define “bite,” courts generally hold that the dictionary definition applies. Webster’s Dictionary defines “bite” as: “To cut, tear, or grip with or as if with the teeth.”

Some jurisdictions have laws that define the word more restrictively. These jurisdictions would not consider a dog grasping a person’s body with its mouth to be a bite unless it tears or punctures the skin.

Dog owners can take certain actions that will reduce the likelihood of dog bites and protect their assets from liability: